Book Review: I am Second 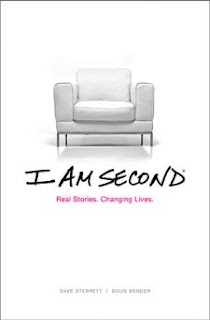 I am Second is a collection of real stories edited by Doug Bender and Dave Sterrett. Most of the accounts are by well known people who found success in the world, but were still had no satisfaction. While they had obtained many material things, they were lacking spiritually.

The accounts are from a variety of sources, but many are famous sports athletes; others former rock stars and still others lesser known “regular” people. The one thing they all have in common is that they hit “rock bottom” and then found Jesus. Once Jesus became first in their life, they became “Second”, thus the title of the book.

I appreciate the short accounts—4 or 5 pages usually. Plus, if you go online there are accompanying videos on their website. I actually like the videos better as you get to hear the person speaking. It seems more powerful that way. I have used several in my classes teaching 6th graders. They like the videos even though they may not know who the “famous” person is.

The book is really good and I recommend that you give it a look. My only complaint is that it would be nice to have an index of issues included in the book. The website has one, so you can look up “Racism” or “Addictions” or many other topics.

This book was provided by Thomas Nelson Press in exchange for an honest review.
The opinions expressed are my own and have not been influenced in any way.