Emi learned about dinosaurs this week, so we were trying to find some place to go that had some fossils or something. We were surprised to find that there is an actual Dinosaur Museum here. 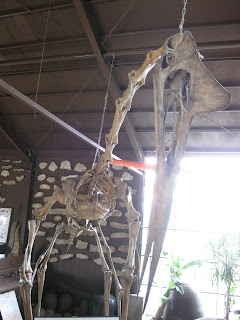 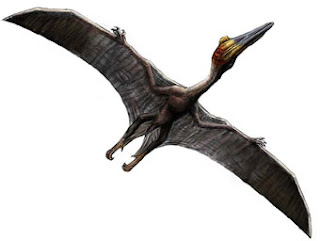 It's called a Quetzalcoatlus; if you've never heard of it, well neither had we.
It was quite large: wingspan up to 11 meters, weighing up to 500 lbs. 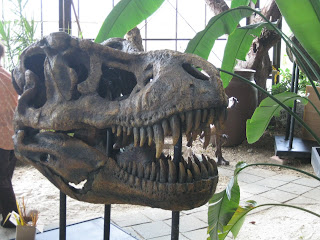 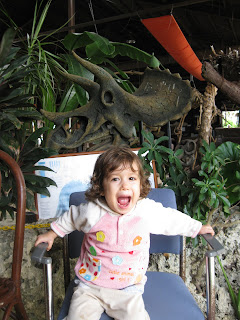 Triceratops (Er, behind the strange girl...) 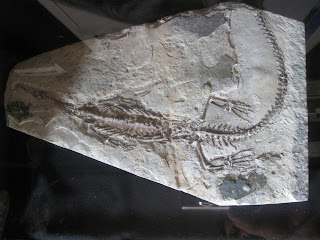 Plus tons of other fossils
It was neat to see some of the less commonly known parts of God's creation.
Posted by The Pallmanns at 10:57 PM No comments:

Went to an awesome marriage conference last weekend.
Here is a taste:
His name is Emmerson Eggerichs
We highly recommend him; biblically sound and funny!
Posted by The Pallmanns at 5:43 PM 1 comment:

No, none of us have it (at least not yet!), but it has hit Dan's school. While only about 50 students are sick, they decided to cancel all classes. So the students get a week off, but they lose a week of winter break. Worse, the teachers are not off this week and they still have to come in to teach over winter break. Well, not all the teachers: the "contract employees" like myself will be enjoying our Christmas.
Posted by The Pallmanns at 12:18 AM No comments:

So Debe's sister, Lisa, had a birthday in September. But due to moving and other circumstances, we were not able to celebrate with her. So we popped over last night with a pie. Why not a cake? You will have to ask Lisa!
We were planning on getting a Cherry Pie, but had to settle for Blueberry. 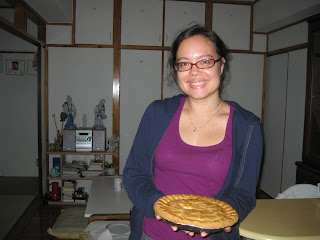 It was nice to see the new apartment all moved in. 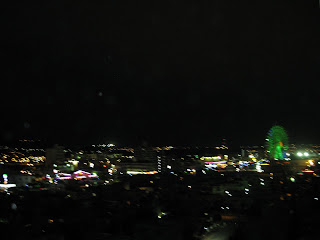 Nice view of Chatan!
Posted by The Pallmanns at 3:23 PM No comments: 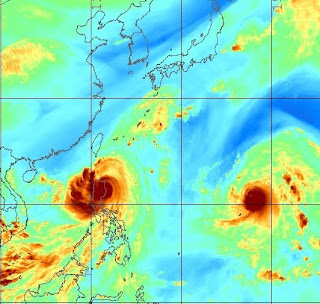 Well, it is typhoon season here in Okinawa. So far, we have not had much trouble. However, as the picture shows, there are a couple storms heading this way. Please keep Okinawa, the Philippines and Taiwan in your prayers!
Posted by The Pallmanns at 10:11 PM No comments: