Thomas Nelson recently re-released John Elderedge's book, Wild at Heart. Having heard of this "classic", I looked forward to reading it.

Eldredge's premise is that "Men were created to be dangerous." He states that this book was written to give men "permission" to be men. Being a man is described in three ways; every man needs 1) a battle to fight, 2) an adventure to live, and 3) a beauty to rescue.

Unfortunately, says Eldredge, society does its best to suppress these needs in men. Worse, the church does as well; it tries to make us, "nice boys." Eldredge says that these three needs are "desperate desires", which, if unfulfilled, leads to dissatisfaction with life. Being a "real man" then, according to Eldredge, requires us to pursue these three desires.

Now, much of what Eldredge says rings true. Most young boys dream of being firemen, policemen, soldiers, etc. It is true that society, especially feminism, has caused many men to hesitate in their actions.

However, while I would agree with about 80% of the book, it is the other 20% that is somewhat troubling. Eldredge gives the impression that all men are made the same. You get the feeling that if you aren't rock climbing, deer hunting, or lassoing cattle that you are failing to be a man. I don't think that is accurate.

A second issue I had with the book is the humanizing of God. In his many pictures of Jesus as a man's man (which I believe Jesus was), Eldredge paints a picture of God as someone that needs to be loved. It's as if God is extremely disappointed and even depressed that we are not fully being what He meant for us to be.

A third issue was the many movies used as examples. I enjoy a good movie, but I did not feel some the examples used (Brave heart, 007, Die Hard, etc.) were necessarily appropriate movies to watch. I believe that most people allow too much of the world into their minds, so advocating R rated films was not appropriate.

Again, I did agree with most of what Eldredge wrote, and I would recommend the book-- conditionally: if you read it, please do so with some caution. The picture of a man presented may not fully apply to every man.

I received this book courtesy of Thomas Nelson Publishers in exchange for an impartial review. The views and opinions expressed in this review are my own.
Posted by The Pallmanns at 6:51 AM 1 comment:

Well it was 17 years ago today that we "tied the knot." Apparently, this is the "Turpuoise" anniversary. To celebrate the occasion, I took Debe to the dentist for a cleaning (I know, real romantic). Well we are trying to get some dental checks and cleanings before we move, as we will not have dental coverage like we do now.

After the dentist we went out for lunch at our favorite Thai restaurant, Jaithai. We like to get the special lunch platter. 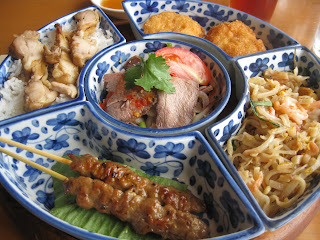 It's quite tasty and large enough that I get to finish Debe's plate. We followed lunch with some green tea ice cream. It was nice to have a relaxed meal without worrying about spills, loud voices and footsies at the table (since the kiddos were with grandma).

Okay, we still did footsies... 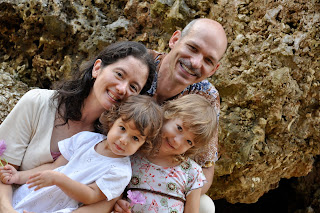 Today we received word that our visas for Portugal were approved. It was not guaranteed that thwe would; we know of some people that had their applications turned down. This is probably because they were applying for missionary visas.

It is interesting that many so-called "Christian" or "Catholic" European nations are actually anti-Christian in many of their practices. I am sure it will be a challenge to evangelize there!

Well, a very big answer to prayer, since we have already given notice of leaving to Dan's work and our apartment. We just really felt that God was going to grant us these visas -- and He did!

Thank you all for praying; now the hard part -- saying "Goodbye" to a land and people that we love.
Posted by The Pallmanns at 9:11 PM No comments:

Well, we have exactly one month left in Okinawa (assuming our visas get approved).  While it is fun and exciting to look forward to and find out about life in Portugal, there is much left to do here in Okinawa.

We have done a great deal of packing and finding new homes for our stuff, yet it seems like we still have so much!  Why is it that what "seemed like not enough" before, now "seems like too much"?

We are also trying to get in some last minute visits to favorite places in Okinawa, as well as visits with friends. 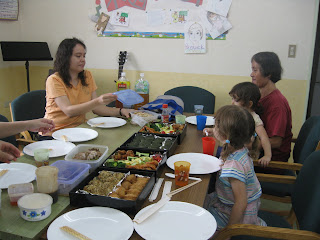 Homemade bentos from a special friend...
Anyway, if you would please pray for God's leading and strength as we stand against the enemy's attacks (there have been many lately).
Posted by The Pallmanns at 12:00 AM No comments: 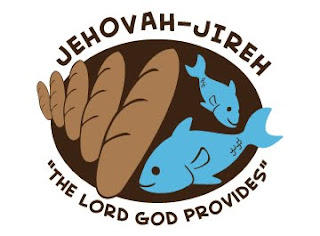 Our Heavenly Father is certainly our "Jehovah Jireh." This is the name that Abraham gave to God after that incident where God provided a ram to take the place of Abraham's son Isaac in Genesis 22.

And God still provides for us today! We are so blessed to report that we are at 90% supported! God often chooses to provide through other saints, as this is really a double blessing-- the one receiving is blessed, as well as the one that gives.

We are excited about our upcoming move to Portugal. Of course, there are many "unknowns", but we rest in the fact that we do know Jehovah Jireh.
Posted by The Pallmanns at 11:26 PM No comments: