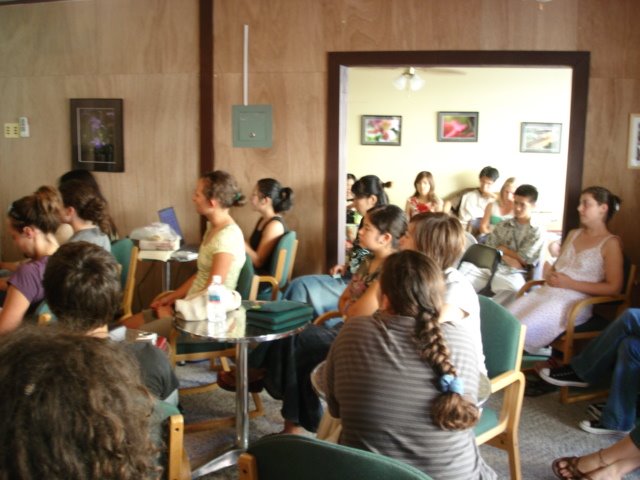 No surprise as there are 14 new faces -- 12 Bible College students and 2 staff. The students will be here for about 4 months studying God's Word, doing ministry, and experiencing Okinawa. 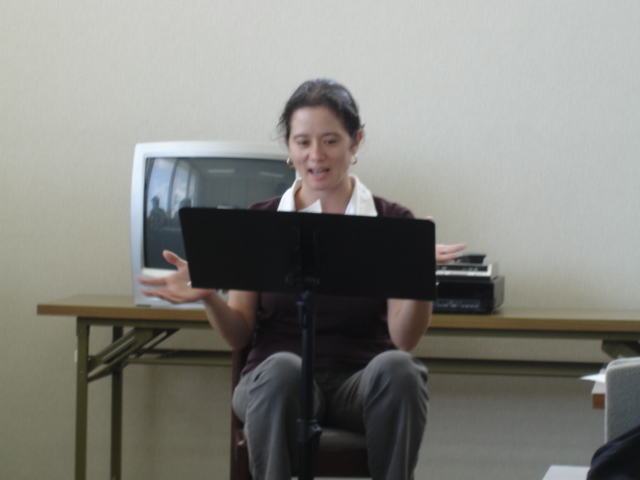 Please pray for these students as they study hard. It is exciting to be in a new place, but it can also be challenging at times.

We are blessed that you all are here!
Posted by The Pallmanns at 4:17 PM No comments:

Well, gasoline has hit a new high in Japan.

I remember 3 years ago: gas could be purchased for 87 yen a liter.

I guess since Japan has no natural resources, that is part of the reason everything costs more here.
Posted by The Pallmanns at 12:31 AM 2 comments:

Well, God has blessed us with another child! 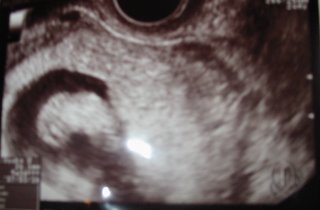 We are excited to have an addition to our family, as well as a sibling for Emi.

Right now it looks rather like a kidney bean. But we like beans.
We are looking forward to seeing him/her grow and develop each day.

Maybe God looks at us that way too? Looking at us daily, seeing how much we have grown; thinking about what we will become?

We would appreciate your prayers as we (well, Debe mostly) go through this time.

Today is the start of Obon in Okinawa -- it is earlier than the rest of Japan (August 13), because they follow the Chinese calendar here.

This 3 day event goes back centuries. This is when people will travel home so they can "welcome" back their ancestral spirits. They will pray to them for forgiveness of any wrongs and for protection during the next year. On the last day there is a ceremony to send off the spirits for another year.

It is sad to see how much effort and commitment is put into Obon -- most people do this out of tradition and/or obligation. Yet people will not take having a relationship with the one true God seriously.

Perhaps times are changing: many of my adult English students are younger and do not want the responsibility of caring for the family altar.

Perhaps God will use this generation to change Japan's priorities.
Posted by The Pallmanns at 7:48 AM No comments: 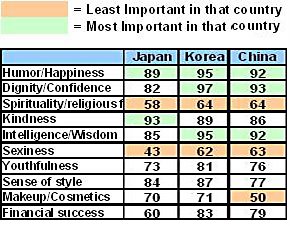 Please pray with us that God's Spirit would continue to guide these churches. That the Japanese people would give up their pride and nationalism and turn to the only one who can meet their needs!
Posted by The Pallmanns at 11:02 PM 2 comments: