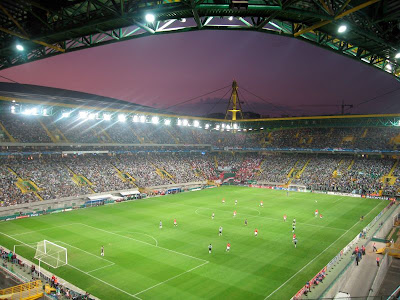 Well, fortunately Sporting held on for the victory!  It was a fun game.
Posted by The Pallmanns at 6:42 AM