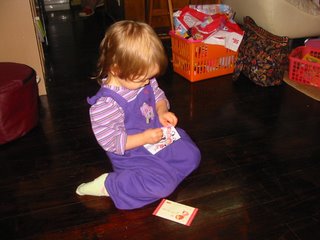 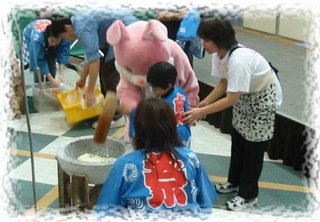 Anyway, the rabbit on the moon is making mochi (a Japanese sweet). You do this by pounding it with a hammer for quite a while. This is fun for the kids to do, but Emi was not yet old enough to try.
Posted by The Pallmanns at 6:23 PM

In Hawaii, we also say that there's a rabbit pounding poi. If you look at the full moon you can faintly see a shape of a rabbit holding a bowl. I guess that's where that comes from.