Well several people have made comments about which daughter looks like which parent. (Wow! Mika looks just like her mother!) 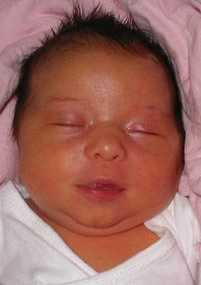 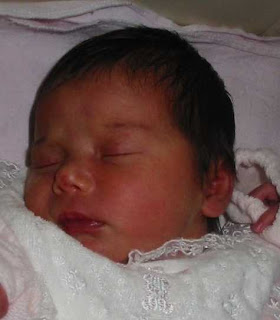 Of course, we sometimes hear the exact opposite: (Hey! Mika looks just like her father, huh?)

My thought is: Yeah, they should look like both their parents.

Anyway to me, they kind of look similar to each other.
These pictures are at about two weeks old. Can you tell which is Emi and which is Mika?

Mika on the left and Emi on the right?