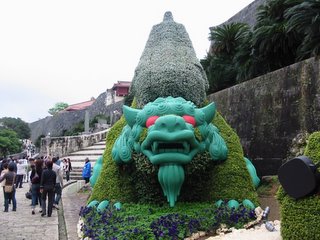 So we went to see a "flower show". Obviously, this wasn't your average, everyday flower show. This one was kind of cool! 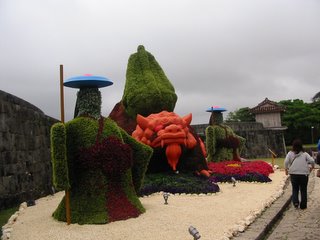 There were dragons and warriors and stuff. And yes, they were made from flowers. Except for the parts that weren't flowers that is. There was also wood, straw and the parts that made the head or claws or weapons. 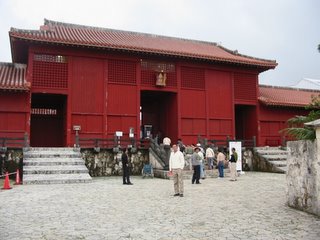 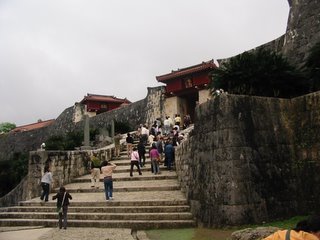 This was on the grounds of Shuri Castle -- a centuries old site on Okinawa. It is the only standing castle, as the rest (and there are many) are just ruins. Well, after the war Shuri was ruins too -- it was reconstructed and finally reopened in 1992.
Posted by The Pallmanns at 11:34 PM